The Chandigarh Traffic Police was sanctioned as a separate unit distinct from District Police in 1974. It is headed by an IPS officer who is designated as the Senior Superintendent of Police (SSP), Security & Traffic, U.T Chandigarh and assisted by:


The entire city has been divided into three sub-divisions and four zones and traffic regulation in each zone is undertaken by a traffic police team led by a Traffic Inspector. The internal administration of the traffic police is looked after by the Inspector (Administration), who is also the Incharge of the Chandigarh Traffic Police Control Room from where the traffic Helpline1073 is operated. Another Inspector is posted as the Incharge of the Challaning Branch located at Traffic Lines, Sector 29, Chandigarh where the compounding fee for traffic challans is received against receipt. The CCTV Control Room from where all live video streams of various CCTV cameras installed in the city are monitored is located at Traffic Lines, Sector 29, Chandigarh.A separate Inspector has also been deputed as the overall Incharge of Children Traffic Park, Sector 23, Chandigarh who looks after road safety awareness programmes, road crash analysis and engagement with citizens using social media (Facebook,Whatsapp and Twitter).

The dedicated Road Crash Analysis cell visits the scene of every road crash in U.T Chandigarh and conducts in-depth analysis. If upon analysis, it is found that there is an engineering defect like absence of street lights, absence of road furniture and/or markings, there being a blind curve, etc., the officials concerned are asked to immediately rectify the same to prevent crashes in the future.

Besides this, a Road Safety Implementation Cell consisting of the representatives of Traffic Police, Engineering Department, Urban Planning Department, Municipal Corporation and Forest Department has been constituted for day-to-day coordination of road safety related works.

Chandigarh Traffic Police has been playing a vital role in effectively managing the traffic and keeping the city roads safe for its citizens and visitors. Though the city was planned for only half a million people, today it has a population of more than one million. We always put traffic rules and regulations on our top priority so that road users feel safe in moving around at any time of the day. Due to valuable efforts made by the Traffic Police, the city of Chandigarh has become renowned as an island of compliance with traffic rules.

The organization structure of Chandigarh Traffic Police is as under 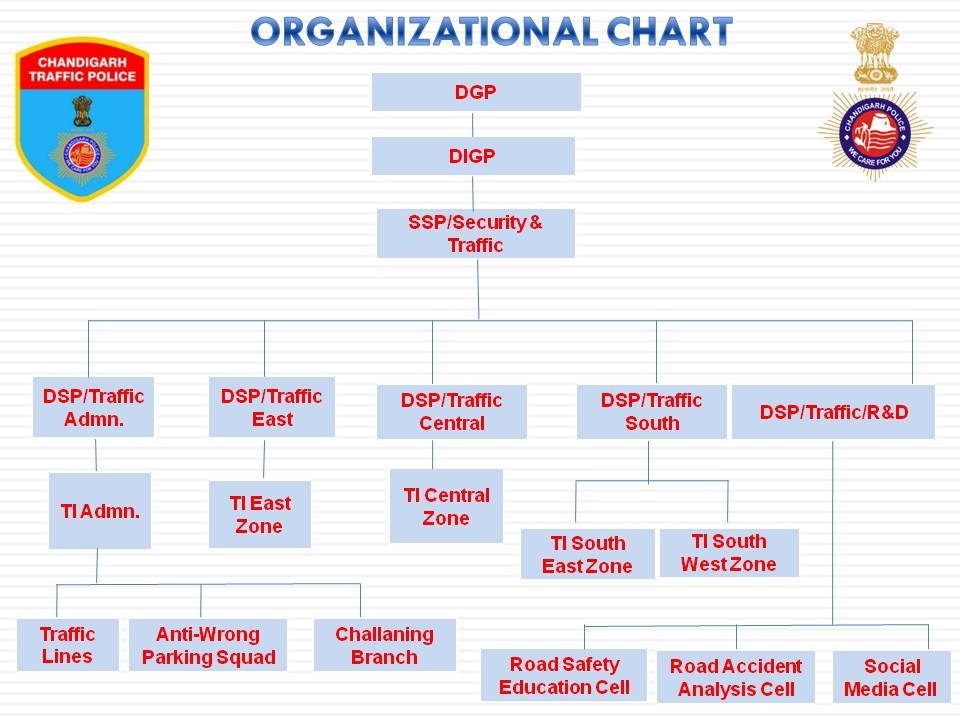 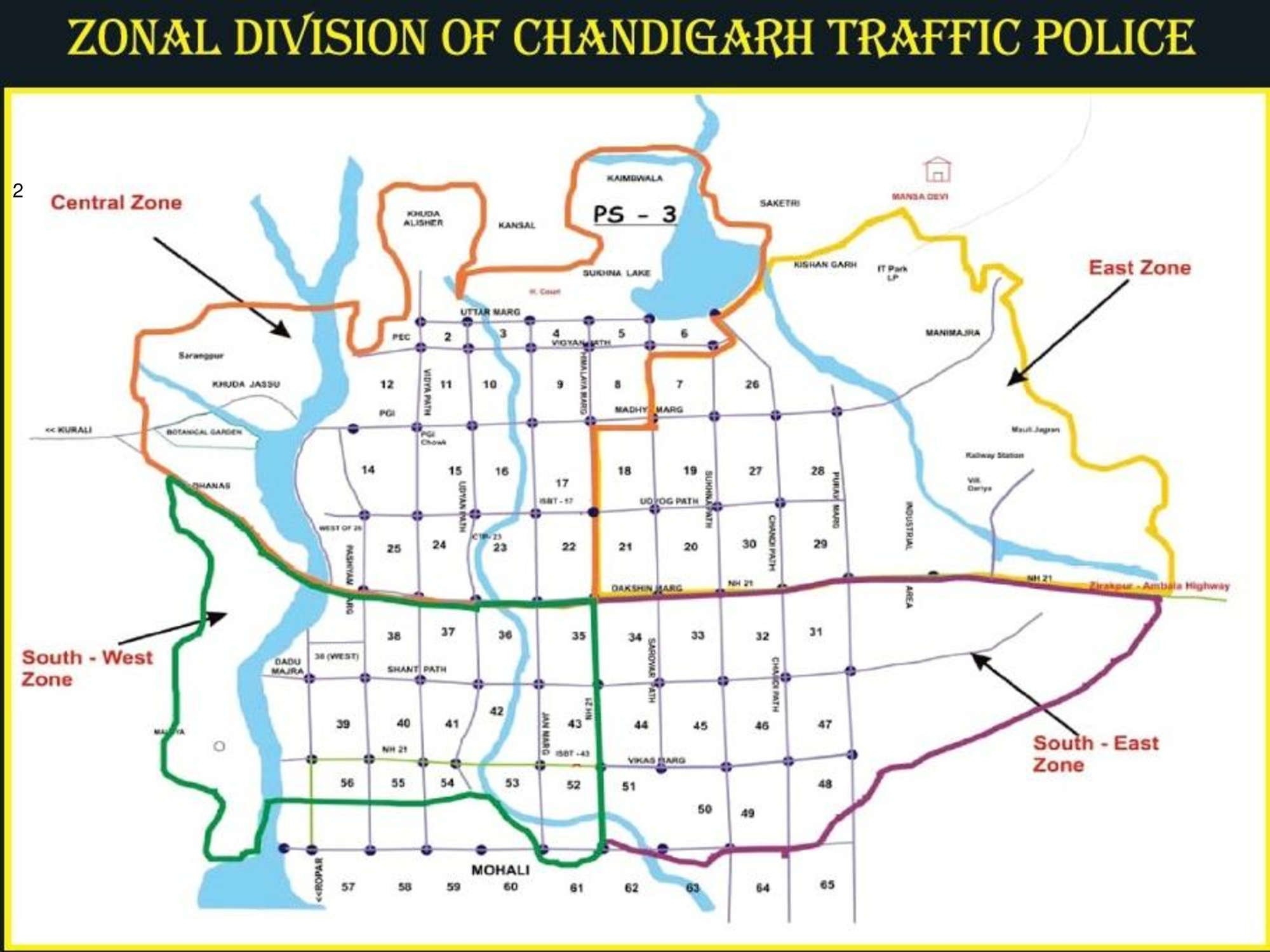